In Call of War you have the choice between more than 35 different units from 5 different branches: Infantry, Armor, Air, Naval and Secret. Each of these units offers a set of unique features with regards to speed on different territories and strengths or weaknesses in combat against other units and on different terrain. Some units even have special features like ranged attacks or the ability to function as mobile airport.

Units have to be researched and require certain buildings. Without both you will not be able to produce them.

The information button ( i ) in the research tab will open the unit details panel, which tells you more about the specific units. You can also access these details by clicking on an army and then on the unit image in the army bar. 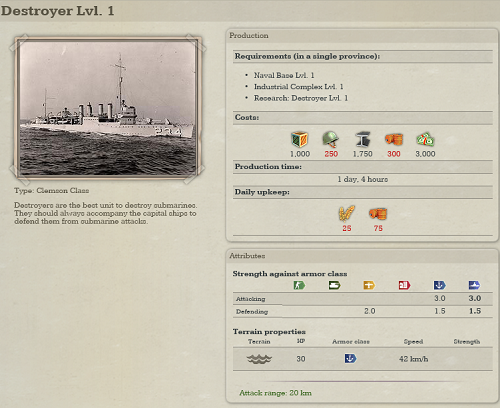 Each unit requires certain resources as daily upkeep, which deducts from your overall resource production. Selecting the unit gives you an overview of their condition and current position. If the unit is marching, it will show the province the unit is relocating to, travel time and arrival time. 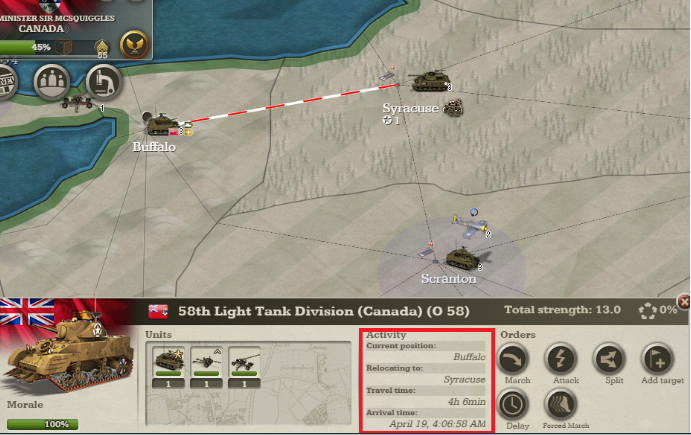 To raise the condition of an army you may either use Gold or station it in one of your provinces.

Click on the unit picture in the army bar at the bottom to open the unit details panel. Here you get access to very useful info such as: Amount of enemies destroyed, current condition, the battalion the unit is part of, the unit count and the state-based damage efficiency (SBDE).

SBDE is a metric which tells you how efficient the damage output of your army is. The SBDE lowers when your army gets damaged or when you put too many units of one type into a single army. On the other hand bigger armies can absorb more damage. Finding a balance between the two is important during your conquests. 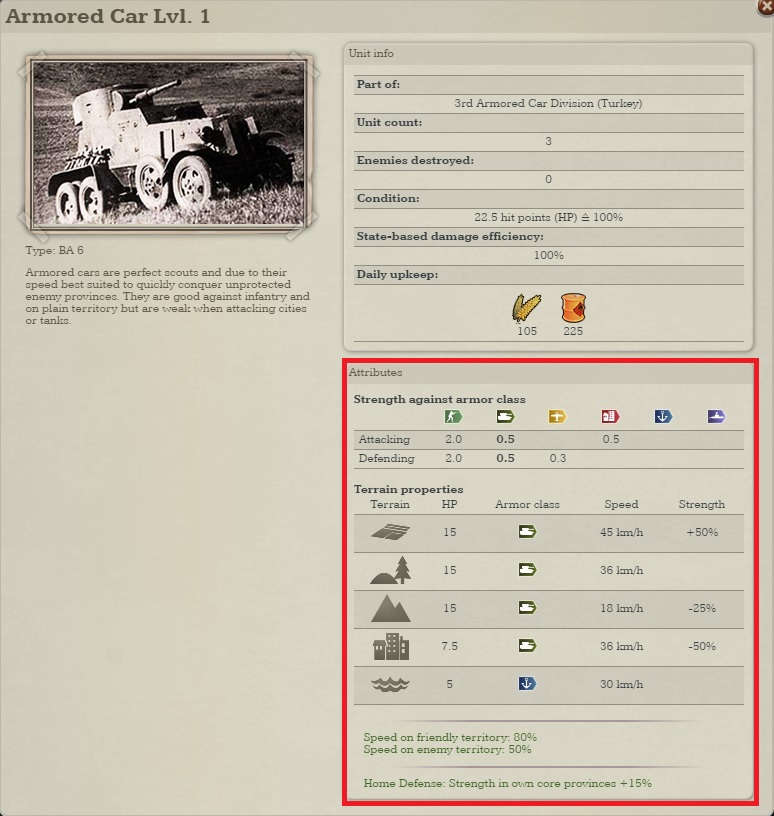 Some units like artilleries have an attack range - you can see the range of the unit by clicking it. The white circle is as far as it can shoot without moving. For planes it shows how far a plane can fly without rebasing to another airbase. 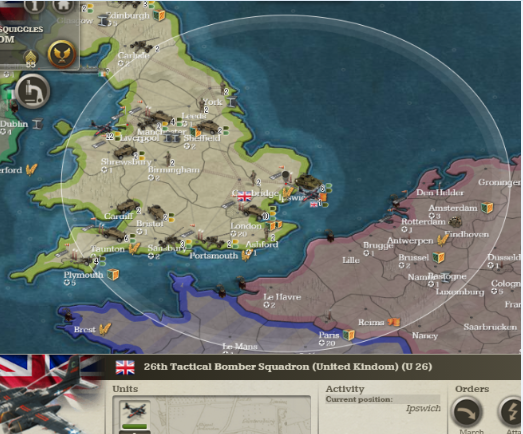 Armies fighting in their own core provinces receive a home defense bonus of 15%. This grants an army a 15% higher combat strength (damage output) and also reduces incoming damage by 15%.